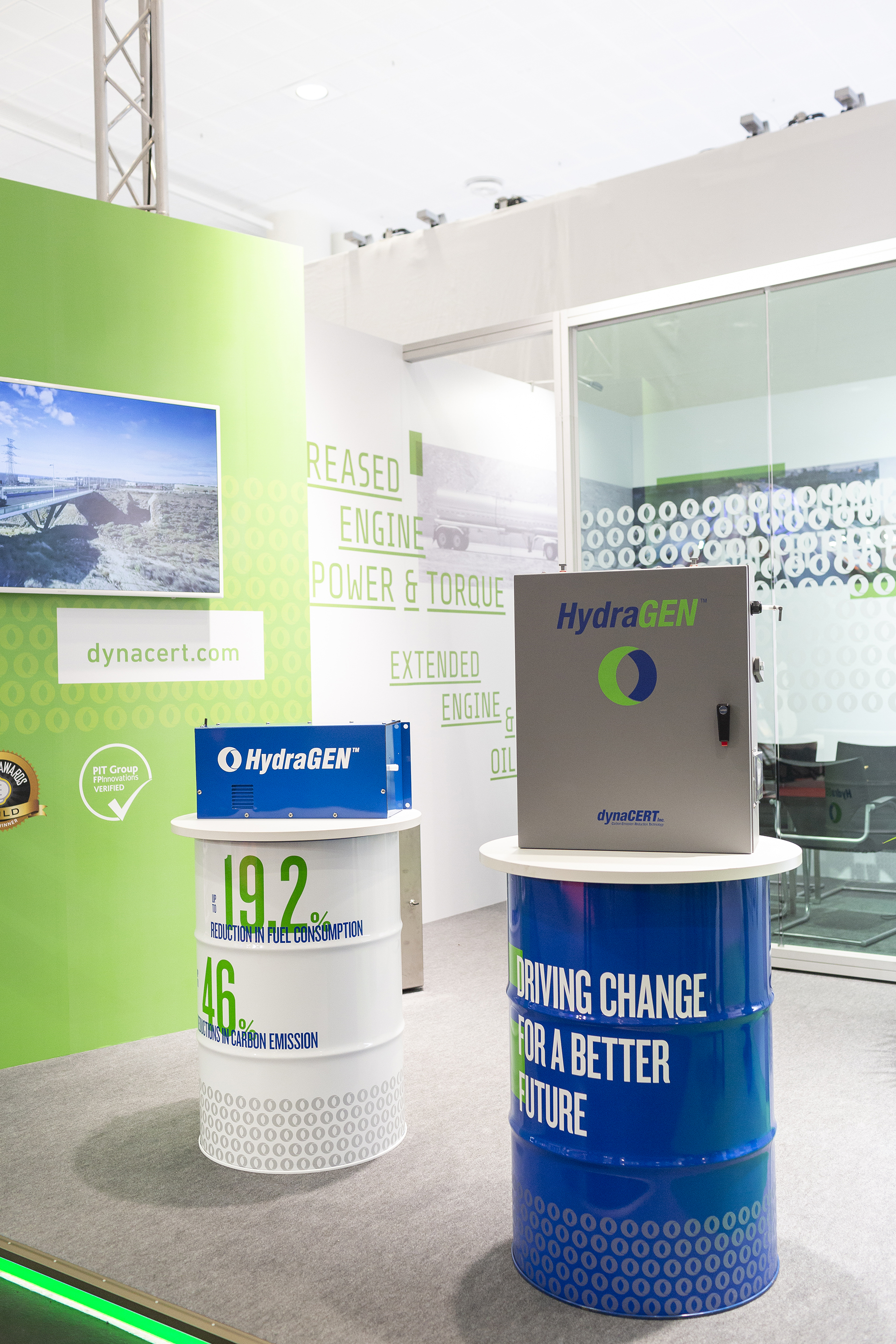 Exciting news was released regarding dynaCERT obtaining the Allgemeine Betriebserlaubnis (“ABE”) National Type Approval (“Homologation”) from Kraftfahrt-Bundesamt (“KBA”), the Transport Ministry of Germany. This certification permits the marketing, sales, installation and use of dynaCERT’s HydraGEN™ Technology in Germany and is utilized throughout the entire European Union, putting dynaCERT at the forefront of the hydrogen-on-demand industry in the EU.

ABE Homologation, which emanates from KBA, permits the marketing, sales, installation and use of dynaCERT’s HydraGEN™ Technology in Germany and is utilized throughout the entire European Union.

dynaCERT has achieved a major and unprecedented milestone.

Applications for ABE Type Approval must meet stringent testing and validations required by rigorous and exacting regulation in Germany.

dynaCERT’s HydraGEN™ Technology is the only hydrogen gas supply system that has ever been approved by KBA and received Homologation for the ABE Type Approval. This unique advantage gives dynaCERT a lead in hydrogen-based technology and provides a strong market benefit as well as a barrier to entry for imitators and possible competitive technologies.

The addressable market of dynaCERT’s HydraGEN™ Technology has expanded significantly and globally with the addition of this first-in-kind ABE Homologation.

As a result of its reputation for excellence, the acceptance of an ABE Homologation is monitored by other countries on every continent of the globe. In regulating their transportation industry, many countries and jurisdictions world-wide rely on the ABE Homologation as the unequivocal standard of due diligence and excellence for the regulated use of new expertise, such as dynaCERT’s HydraGEN™ Technology.

Thorough Due Diligence by ABE

According to the European Automobile Manufacturers Association (“ACEA”), there are over 398 million vehicles in the European Region. Approximately forty-five percent (45%) are diesel-powered. Almost all of the approximately 39 million commercial vehicles are diesel-powered and these are eligible for dynaCERT’s HydraGEN™ Technology across the European Union and the rest of Europe. dynaCERT’s ABE Homologation from KBA applies to more than 560 MAN powered vehicle types and models.

Commencing immediately, marketing and sales of dynaCERT’s HydraGEN™ Technology can launch throughout Europe by the Company’s numerous licensed dealers and distributors.

dynaCERT continues to increase its dealer and distributor footprint in Europe and throughout the world.

Value of Homologation to the Trucking Industry

The European regulations for CO2 reduction came into effect in January 2019. These regulations require all truck manufacturers to provide full emission testing on every new vehicle model in various load and road configurations. These tests then become the baseline from which each vehicle sold in Europe built after January 1, 2025 must achieve a 15% reduction in CO2 emissions. A further 5% reduction requirement is to be achieved by 2030. Vehicles that do not achieve these CO2 reductions will lose their regulatory approvals. (see Press Release of September 24, 2018 and the European Union Regulation entitled “Commission Regulation (EU) 2017/2400 of 12 December 2017 of the European Parliament as regards the determination of the CO2 emissions and fuel consumption of heavy-duty vehicles”.)

dynaCERT’s HydraGEN™ Technology is a currently existing and readily available solution for this CO2 pollution throughout Europe.

Based on the TÜV Nord recorded fuel consumption reductions witnessed and certified during the ABE application process, dynaCERT’s HydraGEN™ Technology provides an ROI or payback of less than one (<1) year for most of its long-distance trucking user applications.

In addition, dynaCERT is also currently engaged in applying for the monetizing of Carbon Credits which can significantly improve the value proposition of the Company’s HydraGEN™ Technology, its ROI and payback (see Press Release of March 26, 2019).

The HydraGEN™ Technology is designed to add a stream of pure hydrogen gas (H2) and oxygen gas (O2) into the air intake of a diesel engine. Adding pure hydrogen gas in controlled amounts through an air intake acts as a combustion catalyst improving the consumption of diesel fuel and reduces harmful carbon emissions such as NOx.

The HydraGEN™ Technology was developed as an on-demand system to produce hydrogen and oxygen gas and uses a sophisticated patented electrolysis system. Distilled water mixed with potassium hydroxide (KOH) is used to produce clean gas in an appropriate amount for introduction into the air-intake of the engine. The exact amount of hydrogen gas flow is regulated by dynaCERT’s proprietary patented Electronic Control Unit, appropriately named “the Smart ECU”. The determination of the rate of gas flows is a key feature of dynaCERT’s proprietary know-how and HydraGEN™ Technology.

The HydraGEN™ Technology unit is suitable for all outdoor climates. A built-in heater ensures that the device can function even in very cold temperatures. The device is ready for operation at temperatures between minus sixty (- 60) and plus 50 (+ 50) degrees Celsius.

The HydraGEN™ system is protected by a rugged, lightweight housing that is typically attached to a mounting bracket on a vehicle. The HydraGEN™ Technology unit is powered directly from the onboard power system of the vehicle and instantly shuts down when the engine is switched off. The device can also be switched off mechanically; on the side of the device is an on-off switch.

There is no on-board storage of hydrogen gas and the system is operated in an ambient, non-pressure, condition for safety purposes. 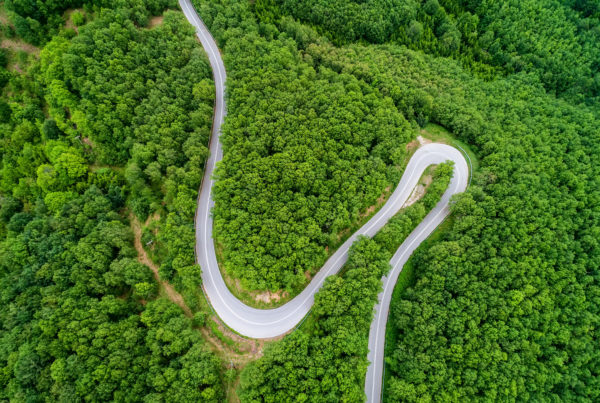 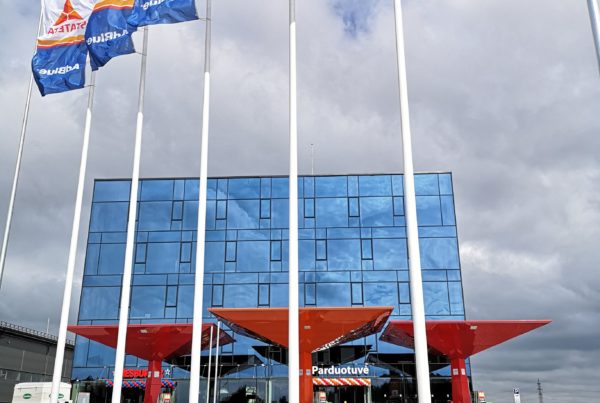 AdBlue® filling station at the most advanced Stateta petrol station